Who doesn't know that kids are smarter today than previous generations due to advancements in knowledge and modernization? They are exposed to so much data and technological means which make it impossible for them not to be much wiser than we all used to be as children. Though, such things hardly make them more responsible or aware of the true dangers out there. After all, they are still children and require assistance to deal with security but also safety problems when keys, door locks and such related issues are involved. 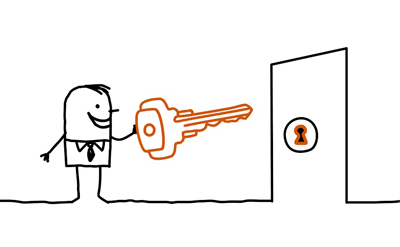 Children know or suspect the meaning of security door locks but it's doubtful if they can keep control over home security. By asking them to be extra careful with home keys at school is like asking them to forget about playing or experiencing the freedom which comes with childhood. Don't forget that it's our own responsibility to protect children and the home, therefore, must think wisely, consider the age and the character of our own children, and see what can be done to make everything work in the best interest of everyone involved.

Protect your children and home


Let's consider the main dangers when handing keys to children:

Keys can be dangerous to kids' hands even if not handed to them. When you leave the transponder key unattended and exposed, the day will come that your child will try to drive the car. If the key of the home door lockset is hanging from the door, a small child might open it and walk out on his own.

The best way to protect your children and house is to keep the keys away from them. Actually, when the children are still young it's best to remove the keys from all internal doors as well. This way you won't have to worry about lock-ins. Digital deadbolt installation is also an option. In this case, change the code of your child quite often to avoid trouble. Finally, it's also good to install a security camera in order to keep record of what's going on in the house.